You may remember my previous article about high-performance I/O for cloud databases, where I tested out the Silk Platform and got a single Azure VM to do over 5 GB/s (gigaBytes/s) of I/O for my large database query workload. The magic was in using iSCSI over the switched cloud compute network to multiple “data VMs” at the virtualized storage layer for high I/O throughput and scalability.

Well, the Silk folks are at it again and Chris Buckel (@flashdba) just sent me screenshots of similar test runs using the latest Azure “v5” instance as the single large database node and they achieved over 10 GB/s scanning rate for reads and 6 GB/s write rate with large I/Os! 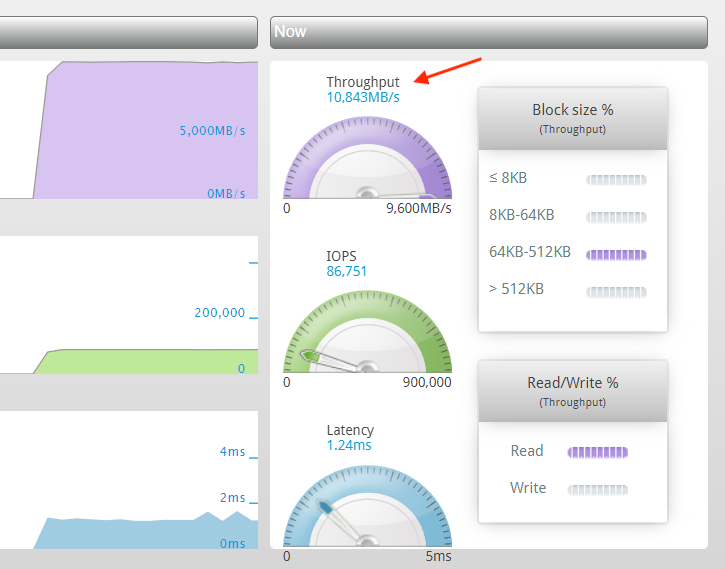 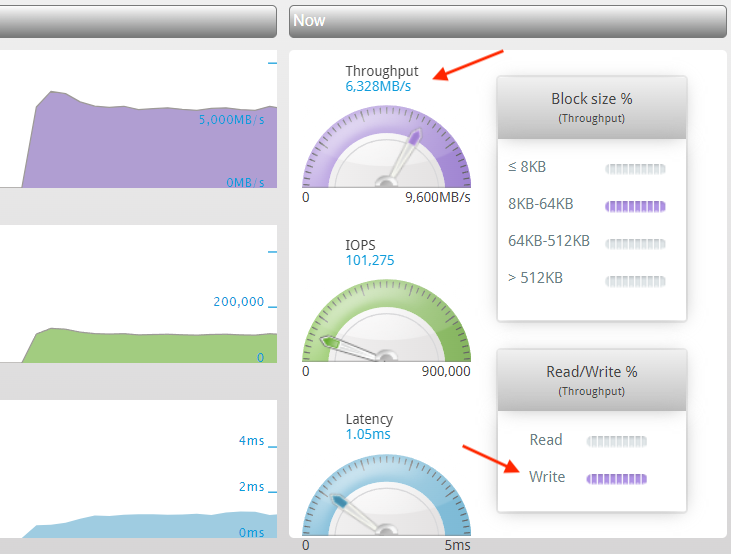 The performance geek in me was pretty excited to see that it’s even possible to get such performance in a single cloud VM, so I thought to write a blog entry. You can read how this is architecturally possible from my past blog entries:

Both articles are pretty long, so here’s a short summary of keywords that cover which hardware, software and architectural developments make this possible in modern cloud environments:

This means lower latency and higher throughput for local I/O in a single machine. To scale out and make this I/O capacity accessible to various client machines (like a big database instance), you need to be able to serve those I/Os over the network:

If a database is scanning data at 10 GB/s, a single 400gbe link in an Azure v5 host machine would be only 25% utilized (in one direction). I actually don’t know if these instance types use 400gbe yet (or just dual-port 200gbe cards), but that’s not too relevant here. My point is that such I/O rates even for a single, monolithic database are not only possible, but not even such a big deal anymore, given how fast the modern (network) hardware is!

You just need to make sure that you don’t have bigger bottlenecks elsewhere in your I/O topology, avoid legacy technologies (like some fibre-channel HBAs + SAN networks) and of course make sure that your solution is reliable enough, so you won’t lose or corrupt your data (this is also done in the software nowadays).

I have something to promote too! (Who would have guessed that? ;-)

We are holding a technical & architectural discussion with Kellyn Gorman (of Azure) on December 8, 2021. This won’t be a rehearsed presentation, but more of a free-form discussion where I’ll ask some questions from Kellyn and drop in my opinions as well.

Should be fun, so see you there!