Even more Snapper – v4.03 now works in SQL Developer too!

If you already downloaded snapper v4, then better re-download it again as the v4.03 also runs in SQL Developer! 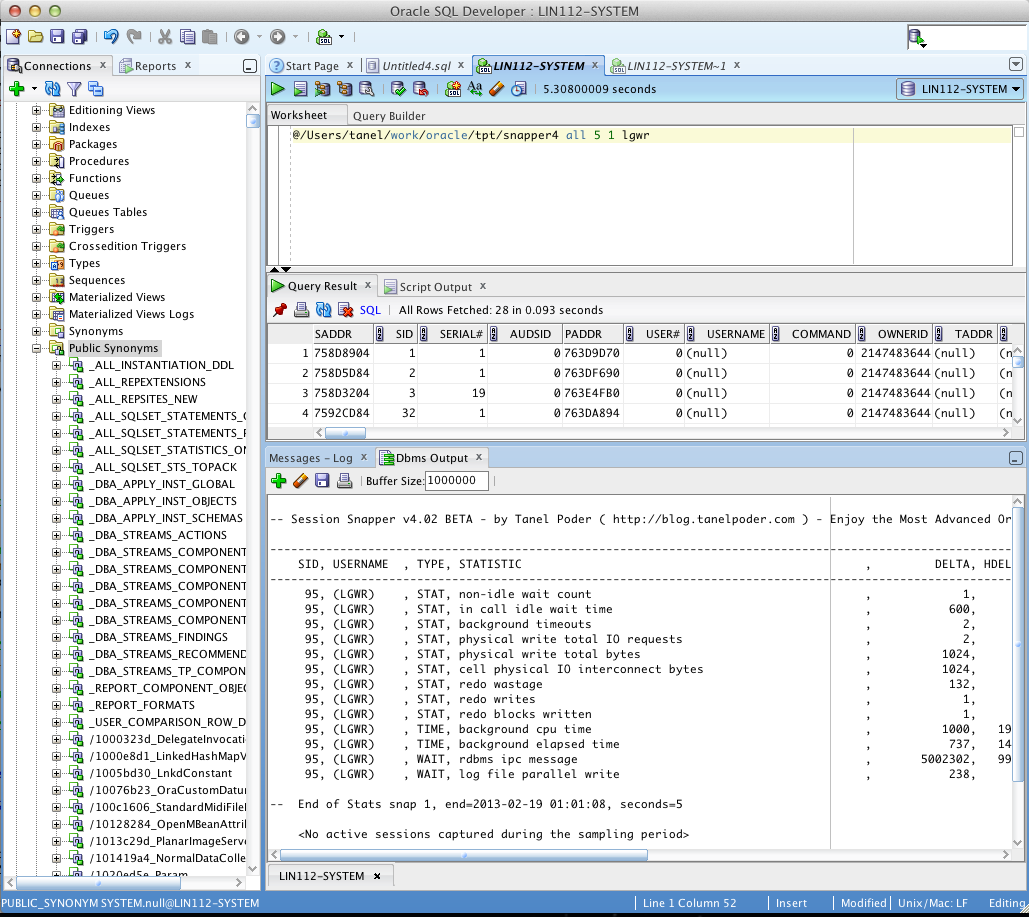 You might also want to check how to enable the DBMS_OUTPUT display in SQL Developer post by “That” Jeff Smith :-)

Update: Niall Litchfield pointed out that the “set serverout on” command was ignored on SQL Developer because I was using the short syntax (serverout instead of serveroutput). Once I changed this, the SQL Developer doesn’t print the warning anymore and there’s no need to explicitly open up the separate DBMS_OUTPUT. I have uploaded Snapper v4.04 with this fix included. Thanks Niall!

Also, thanks go to:

Note that the manual before/after snapshots don’t work inside SQL Developer right now, will try to fix this later …