MOATS: The Mother of All Tuning Scripts!

Update: Based on the original MOATS built by Adrian Billington and myself, other folks have built cool variations of MOATS (either based on our code or written completely new ones):

Both are RAC-aware, use terminal coloring techniques like my (fish.sql :) and some Exadata metrics.

A couple of screenshots from their tools: 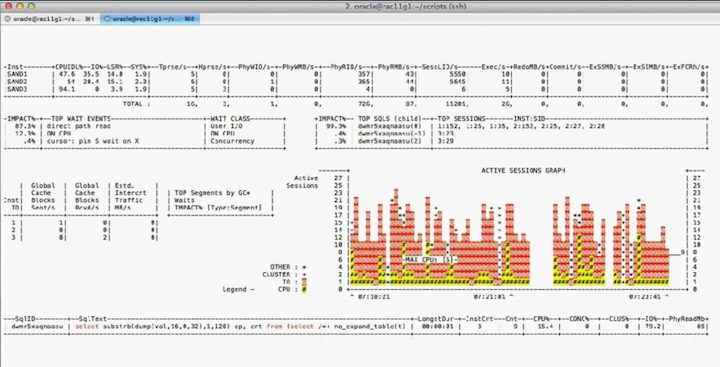 I’ve taken down the original video of MOATS (I actually messed something up in Youtube and the video disappeared :-) If you’d like to see the original MOATS, you can download it from Adrian’s website site (current version 1.05) and make sure you read the README.txt file in the zip!

Also thanks to Randolf Geist for finding and fixing some bugs in our alpha code (and anyone else that have contributed!)

P.S. Have you already figured out how the top-style screen refreshing in SQLplus works?! ;-)